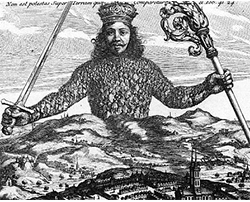 A comparative view of how sovereignty relates to state-government and to individual men and women.

The history of sovereignty goes back as far as historical narratives can be traced. It is natural that every family, community or state is governed in a hierarchy system. The one who is at the top of the pyramid, so to speak, is the Sovereign. Thus, when we look at ancient peoples, tribes, cultures and nations, we observe leaders in their capacity of sovereignty. It is all about who expresses the most power in their ability to govern people, places and things. A king for instance, is the sovereign and imperial head of the kingdom which he governs. The same is true for queens. It is as simple as that. Thus, we have natural born sovereigns, and then we have sovereign certification by contract. The natural born sovereign will rise to his/her potential automatically and naturally with very little assistance from others. Whereas, the one who becomes sovereign certified by contract must learn to develop themselves in manners that demonstrates their ability to become self-governing, at the very least.

In terms of sovereignty certification by contract, the history goes back to the 12th century, where a trust and estate-management expert of the Bauer family issued the first common Law Pure Trust (cLPT) foundation and the first Sovereignty Certificate (at least in the forms we know of them today), to King Henry II. This process was executed by what they termed a ‘fidelity ceremony’ and ‘contract marriage’ (not to be confused as a ‘marriage contract’ between and man and woman). Since then, there have been many modifications and amendments of both documents. There are approximately 104 revisions of the cLPT indenture since its inception. FRRf is held universally domiciled as a cLPT having the latest version of the indenture as part of its declaration. The latest version of the cLPT was amended January 1st, 2002 AD by Sri Dr. Lord Grantham Taylor, Hughes of The Bauer foundation (TBf). He is the present-day trust and estate-management expert of the Bauer family.

To summarise: Sovereignty is the supreme authority and ability to create and enact law… ranging from self-governance to state-governance.

Sovereignty as it pertains to state-governments

Sovereignty as it pertains to a State should be looked at from within and from without that State. This is true from the historical stand point and true for today. From the inside we consider the legislative laws with their ability to govern people, places and things without the intervention of any other foreign state laws. From the outside looking in we consider the independence of the State with relation to others.

The four main types of sovereignty when dealing with state-governments (in legal terms) today are [citation]:

These four types of sovereignty that are applicable to state-governments are usually expressed in contract form (i.e., a constitution or a treaty). Below we will present a simplification of each type, then later we will look at sovereignty as it pertains to living men and women.

Domestic Sovereignty has to do with control over a State-Government including governance based on the jurisdiction of its own jurisprudent laws. In other words, a self-sufficient state that does not rely on intervention of other states to come to its aid should there be a crisis of some sort.

International legal sovereignty has to do with a contract, memorandum of agreement or treaty, where a sovereign state is recognised as such by other sovereign states.

Sovereignty as it pertains to individual men and women.

Sovereignty is already ordained upon every living man and woman from birth. This is known as an individual’s birthright to life, liberty and happiness. However, this ordained birthright is generally (by assumption and presumption) overlooked and disregarded by the State within which the individual is domiciled. It is assumed and presumed that every individual will forfeit their birthright to be self-governed and thus become state-governed, whether knowingly or unknowingly. There is nothing wrong with being state-governed so long as the State considers the laws of nature in its governance and that the citizens are consciously aware of their own choosing to be governed. In other words, the citizen must give his/her consent to be governed.

Sovereignty as it pertains to men and women, therefore, should also be looked at from within and from without the individual. From the inside we consider the rationale, mentality and spirituality as related to the laws of nature. An ordained sovereign must internally develop their ability to be self-governed without the intervention of any other sovereign individual (or sovereign state for that matter). From the outside looking in we consider the independence of the individual with relation to others.

Sovereignty in its most basic definitions and principles, when dealing with individual men and women (in sovereign terms) today, can be summarised as any combination of the following:

These four principles of sovereignty that are applicable to individual men and women are ordained by natural process, but varies in degree, quality and standard from person to person. But only few people have enacted and expressed their sovereignty in contract form (i.e., evident on paper by way of a Sovereignty Certificate). It is the birthright principle of all men and women to develop themselves in the manners described above so that their sovereignty becomes evident from within and from without.

The individual must become self-sufficient. Whether one is a certified sovereign or not, if he or she is not self-sufficient in terms of basic-necessities, then they may find themselves challenged by external sovereign bodies (people and/or states). By basic-necessities, we must consider the source of provisions of food, water, energy, shelter and clothing etc. A more advanced sovereign would have freedom of travel. They would have the freedom to travel back and forth across state borders whether by land, air or sea with very little disruption or delays. They may also have special diplomatic documentation that assists with their ease of travel across state borders. This is where the true test of one’s sovereignty come into play. Still, considering the ‘rules of private necessity’ one who is sovereign certified my still utilise passports and other identification credentials provided by their State.

The individual certified sovereign must also be able to demonstrate that his/her property (i.e., that which they claim to be governing over) is being held by a cLPT with full Allodial Title to said properties. The birthright of independence and self-governance is the result of sovereignty. Or, to view this another way: sovereignty is the manifestation of one’s birthright to self-governance and independence.