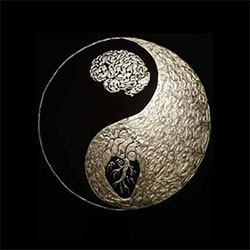 1) What does Sovereignty mean to you?

In my mind, or shall I say in my gut/heart/brain mind, sovereignty is about convergence with one. A trust so to speak that needs to be secured and adhered to. Of course, when considering that we currently live in a 3 dimensional reality, sovereignty can be defined from 3 aspects.

First being the spiritual aspect where “man” or I am in direct connection with the one; the source, the energy, or in my chosen word, God.  God to me, being the goodness or positive energy inside everyone and everything, every day. With no pope, no priest, no monk, and no man made religious entity or belief system in between. Doing what is best for everyone and everything, every day; after having that conversation within. I say within, since once sovereignty is realised, the only place we need to go is within, as God is there as much as IT is everywhere else. Every question we have can be answered within when we add the line to our question, “is what I am doing, or about to do good/ Godly, for everyone, everything, every day.

Secondly, we are all people, living on the land on this heavenly plane we know of as Mother Earth in an individual sole/soul sovereign trust state. Sovereignty at this stage is not about ownership, but rather stewardship of the land we stand on. Taking what we need for our survival and then giving back as the truth is that a loan must be returned. A loan being a gift from God, just like the gift that we are as physical humans, being on the land, who also must be returned when the inevitable time comes. From the ASH to the ASH with the ASH, with ASH being Abundance, Sovereignty and Health in my mind. Therefor any idea of control over the land that a man stands on by any man or group of men, deviates from the idea of sovereignty in the physical state.

Finally sovereignty has come to relate to nations or groups of people in a collective “trust” sense. As mankind continues to evolve in the spiritual and physical senses already mentioned, the idea of nation states or even community states will be less important as all the key laws or rules related to spiritual and physical sovereignty apply to the collective as well. Especially when considering that when we go inside and connect to the one source, we are “all” that one source to start with. So a sovereign state of collective individuals still must consider stewardship over ownership, giving back over taking, and simply respect, harmony, and equality for everyone, everything, every day.

2) What is the difference between the financing and the funding of projects?

When considering the word finance, I think of a man made structure, whereby some human or entity takes a “cut” to supply money to another human or entity for a project, or in the case of the sad state of mankind where even basic needs were “financed”. The idea of money being “m”y “o”wn “n”et “e”nergy “y”eild in a time before monetary currency existed, was replaced by these humans or entities that brought rise to finance. I will go back to the true definition of the word loan being a gift from God for a moment and repeat that a loan must be given back. It is truly the only thing that comes first and then returned. Otherwise the age old rule of giving prior to receiving fits well.

Now we must consider that we are not starting from scratch and that as messed up as his story or her story is, mankind has been here on earth for a very long time, receiving gifts from God / Mother Earth and at times, not giving back. Often times hoarding and stashing; for what reason? Only to have it go back to Mother Earth when we die, or passed on to family or associates who may have forgotten or never been taught that these loans / gifts from God, must be returned.

In the case of items that we have taken either individually or collectively from God / Mother Earth, that have been hoarded; like gold, diamonds, or other so called precious metals and gems that we manifest monetary value from, who owns these hoards? This is the reason we discussed sovereignty in the three ways to start this blog. Of course we all, along with source/ God, own these hoards. The idea of mining these treasures became an addiction that was truly unnecessary as there is no lack of anything and any manifested idea that lack makes things valuable is just that; a manifested idea. However, since we live in the moment, which is perfect and moving toward completion all ways, what on earth would be better than to use this treasure to share wealth and monetary value with everyone, and everything, every day.

This is the stage we are currently at on earth as the Sole Sovereign Trust (speaking from the standpoint of a physical asset) has been amalgamated or converged into one.

Now I will get to the second word in the question, being funding. Since there is no such thing as lack, every human is now able to access the Sole Sovereign Trust for his or her basic needs; being food, shelter and clothing. From here, the word loan can be well used for any and all unsuppressed restoration, rejuvenation, or regeneration projects that the individual human can create. Once again based on stewardship over ownership, and of course giving back and sharing. This process has already begun and will roll out over time as people comprehend the ideas suggested in this narrative. Funding will make it through to the people in a manner that has been decided by the world council and agreed by a growing number of individuals and organisations. 50% will go to organisations of people like what we refer to as governments and 50% direct to people with pure intentions who are simply in tune and “in service” rather than in “service to self or an organization”.

3). What does the foreseeable future hold for humanity in this current shift that is taking place?

Well of course this shift, which has already taken place and is simply unfolding, holds Peace, Harmony, Love, Abundance and Freedom for not only mankind, but for everyone and everything on this heavenly Mother Earth every day. There is no point in mentioning the place or state of humanity prior to this new reality, as we all know what happened.  Money is not the root of all evil as was suggested by those who suppressed volumes of knowledge, and indoctrinated the individual and collective hive mind with deception and distraction. Money is the way to assist and guide mankind into the inevitable golden age we have caught up to. Please ask yourself, what is good for everyone, everything, every day and I am sure you will come to similar conclusions to those presented above.