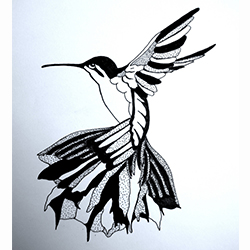 In this post we are summarizing a few definitions, types and characteristics of Sovereignty – mostly from a political science perspective. We are highlighting these perspectives in order to make a clear distinction between Political Science and Nature Science as pertaining to Sovereignty, which we will do toward the end of this post.

In biblical vernacular the word ‘sovereignty’ means God; meaning one who has supreme authority and all things are under their control.

Aristotle – Sovereignty is the Supreme authority of the State

Hugo Grotious – Sovereignty is the supreme political power vested in him, whose acts are not subject to any other and whose will cannot be overridden

John William Burgess – Sovereignty is the original, absolute, universal power over the individual subjects and all associations of subject. It is underived and independent power to command and compel obedience.

Westel Willoughby – Sovereignty is the Supreme Will of the State.

Woodrow Wilson – Sovereignty is the daily operative power of framing and giving efficacy to the laws.

Firstly, let us be reminded (from previous posts) that whilst there are many types of sovereignty as pertaining to individuals, communities and states… Sovereignty must primarily be viewed from two main perspectives: Internally and Externally.

Internal sovereignty: the right of a community or state to be free of internal territorial forces of disruption to its rights and freedoms to exercise the internal governance of its society and territories.

External Sovereignty: the right of a community or state to be free from external territorial forces of interference that would challenge, disrupt, or remove the rights and freedoms of that nation to exist and to govern its own territory and society.

According to ‘The American Journal of International Law’, the four main types of Sovereignty are:

According to Garner, Sovereignty is permanent, exclusive, comprehensive, inalienable, absolute and unified:

Exclusive – There can be but one supreme power in the state. Within the state, there is no other power that possesses equal or superior authority to it.

Comprehensiveness – Sovereign power extends over all persons, associations, and things within such territorial limits except those over which the state has voluntarily consented to waive the exercise of its jurisdiction.

Inalienability – An attribute of the state by virtue of which it cedes away any of its essential elements without self-destruction.

Absolutism – Sovereignty is a primary power. It does not derive its power from anything. There is no other body that determines the nature and the extent of the power as a matter of legal right.

Unity – Sovereignty cannot be divided without producing several wills of the people, which is inconsistent with the notion of sovereignty.

For the individual man and woman, we have what is called ordained sovereignty. Meaning, by nature, all individuals inherently have their birthright to life/liberty/happiness as ordained onto them by absolute nature itself. This means that people inherently have the liberty and freedom to do whatever they wanted to do, so long as they did not infringe upon the said birthright of others. Such states of liberty and freedom only exists in the absolute nature perspective.

Thomas Hobbs described these natural states in his writings as a philosopher. Men and women lived in accordance with absolute nature for a very very very long time… until mankind decided to have the establishment of civil society. Thus, the distinction hereby being made between political science (or political law) and nature science (or natural law).

Therefore, Political Science and Law has within its nature and purpose: the control of groups of people which it labels as citizens of an internally governed territory or state. The people who, whether knowingly or unknowingly, agree to be part of such civil society, territory or state, become the subjects of government rule by way of legislation and other locally created laws. In other words, the people have given up their natural birthright and ordained sovereignty, to instead be governed by the state.

Whereas, Nature Science and Law has within its nature and purpose: the freedom of men and women to be self-governing including the right to kill in self-defence. The practice of Nature Science, which includes adherence to the order, laws and principles of absolute nature, meant that people could enjoy their birthright to life/liberty/happiness with very little governance form others. But this can only exist properly where there are no interruptions nor interventions by civil society. Once the individual becomes self-realised, as we are experiencing more and more every day, they must then enact their new awareness of being by way of obtaining a sovereignty certificate. This is necessary to make the distinction applicable to one’s self – both internally and externally.

The definition of sovereignty “soul reigning in the body” [coined by Sri Dr. Lord Grantham Taylor, Hughes] can only fully apply where individual men and women live their lives totally in accordance with the order, laws and principles of absolute nature.